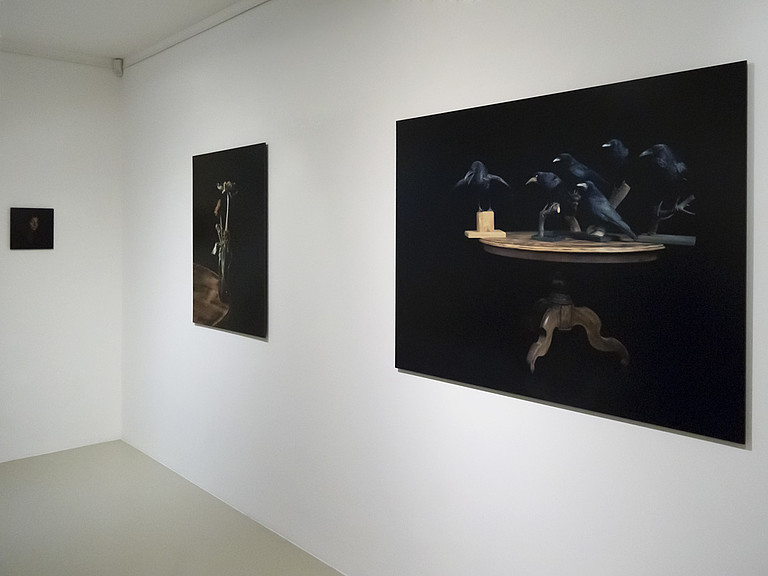 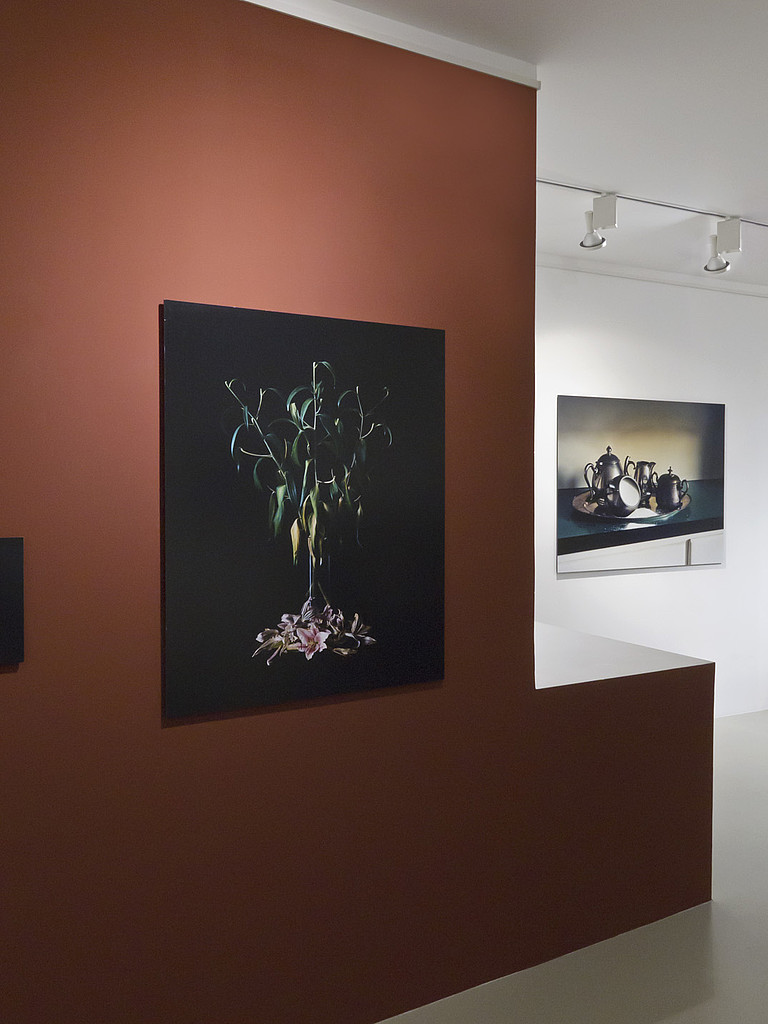 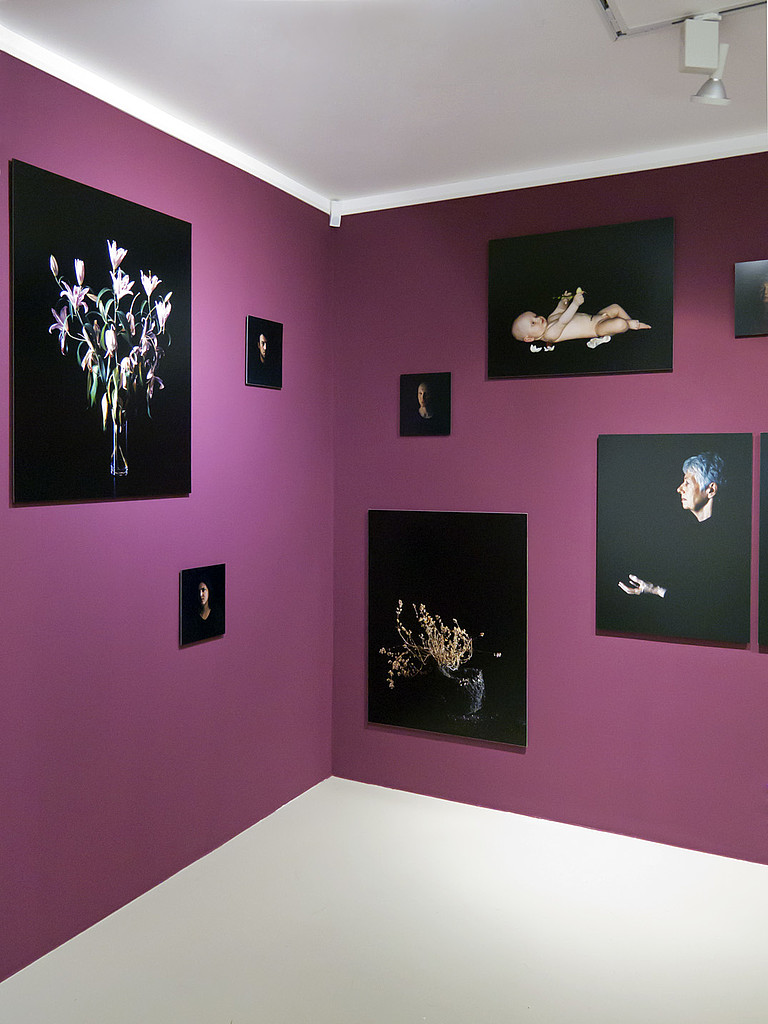 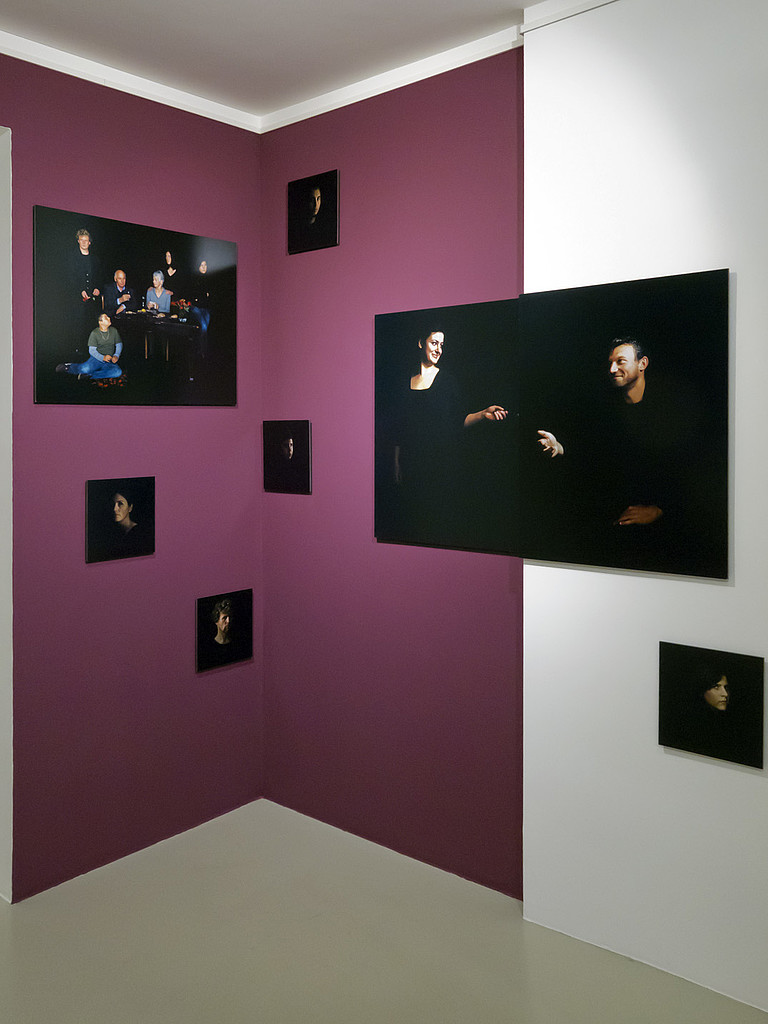 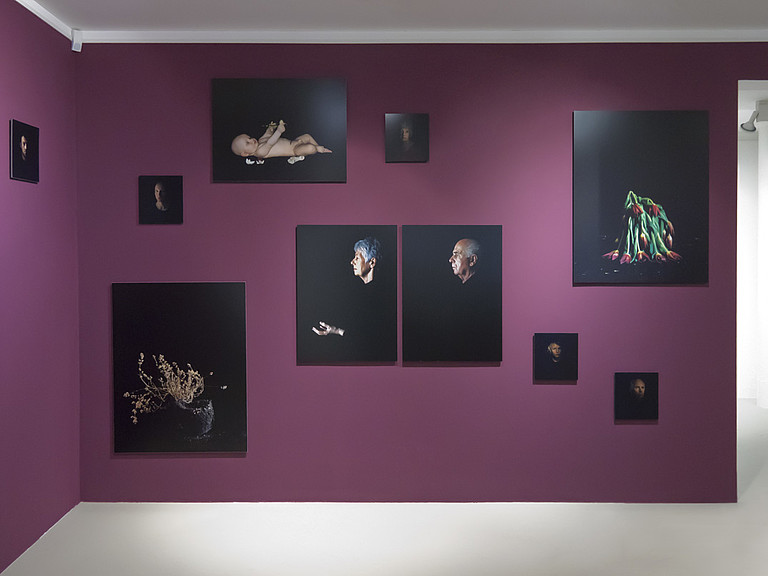 I follow a baroque still life tradition to evoke meaning by showing and choosing certain objects. My images are very much about the transitoriness of being and the constant human involvement in it - and its resulting changes of fates.
The study of the gaze, the interplay between absence and presence in a photographic image, and the fact that the reading of a photograph is most often triggered by a collective memory are other main issues in my work. The gaze in my photographs is an important tool to create a narrative and question the viewer’s notion of looking and watching. The lighting in all the photographs is natural light.

All analog prints have been made by the Tricolor-Team in Zurich.
The works will be on display until february 25, 2012.
Opening hours:
Thursday 12am to 6pm
Friday 12am to 6pm
Saturday 12 am to 5pm