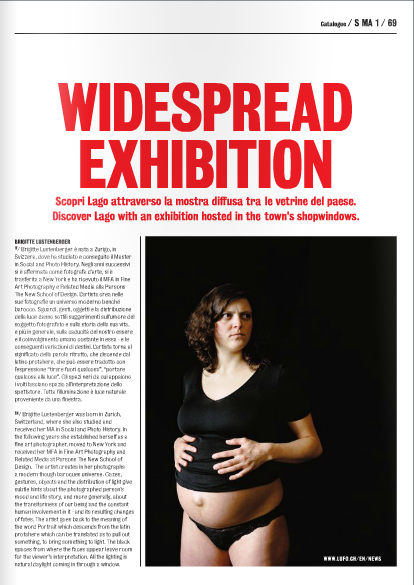 Widespread Exhibition shows works of mine in shop windows in the old town of Revine Lago in Italiy during the LAGO FILM FEST. Having my images exhibited during a Film Festival shows my close relation to movies, their aesthetics and their way to tell stories. I show my works along with images from Gigga Hug and Cornelia Hediger. Look at the magazine that goes with the Festival on page 69-70.