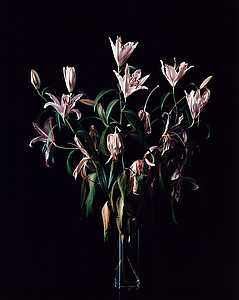 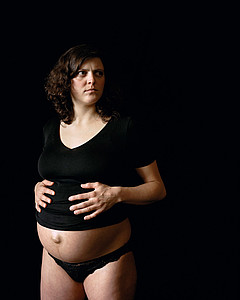 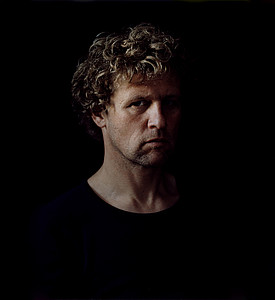 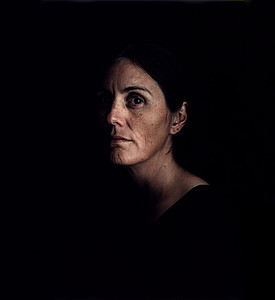 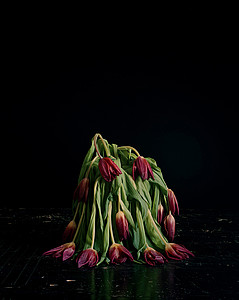 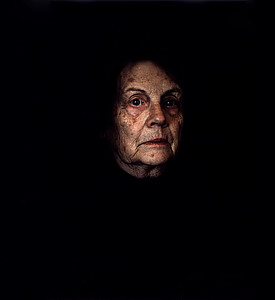 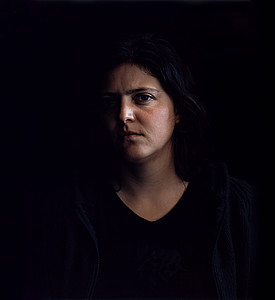 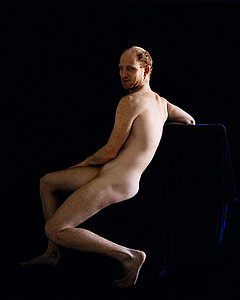 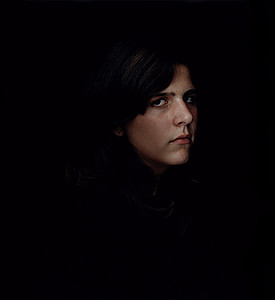 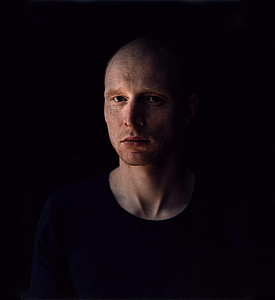 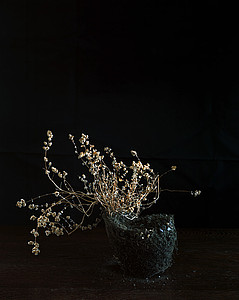 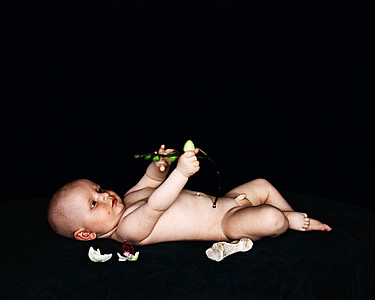 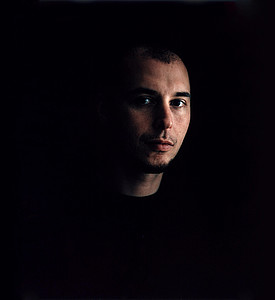 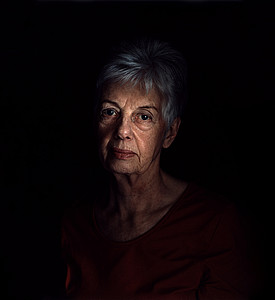 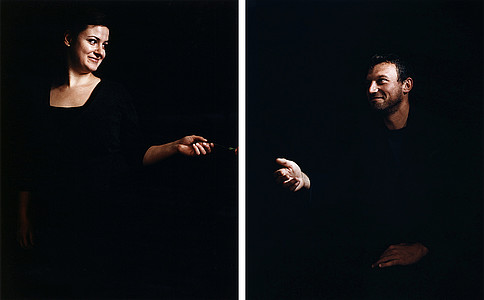 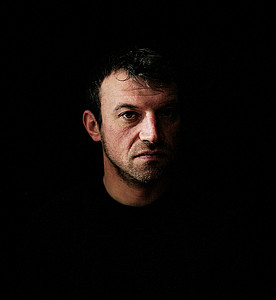 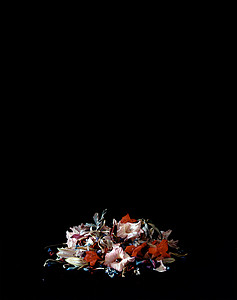 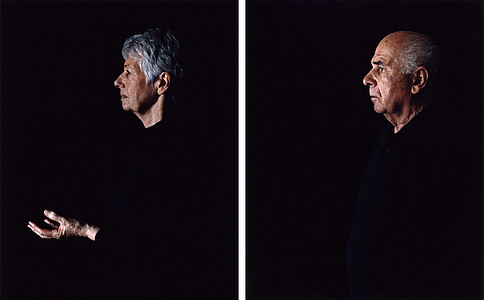 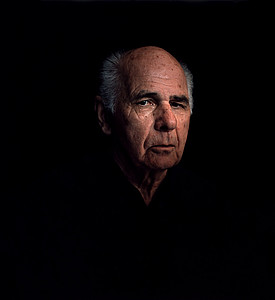 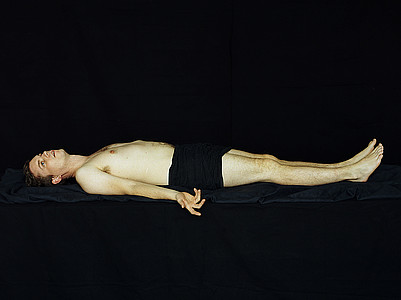 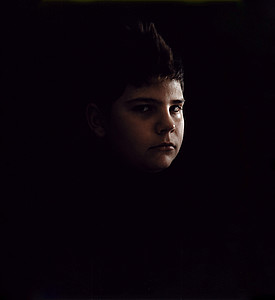 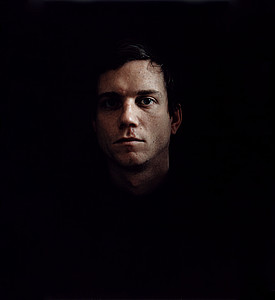 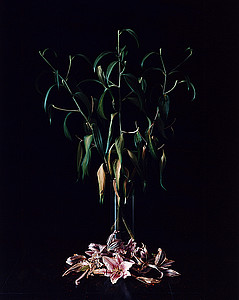 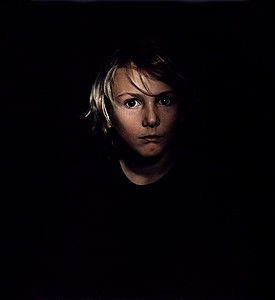 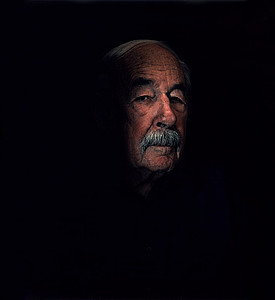 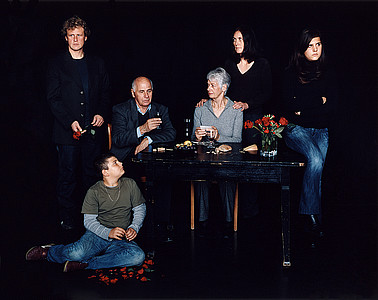 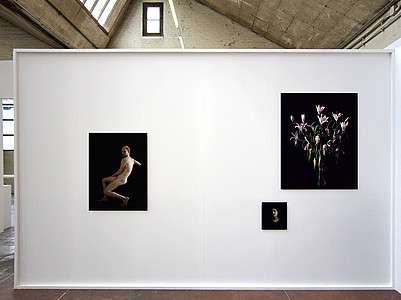 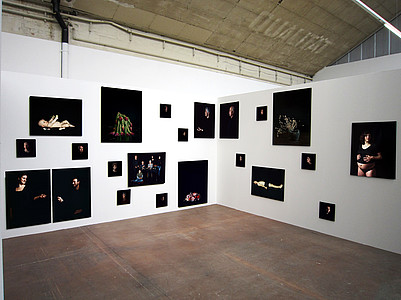 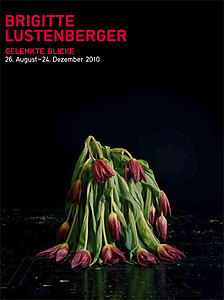 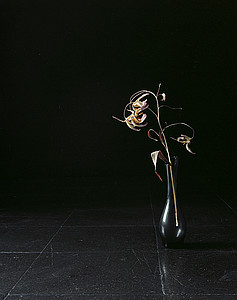 Text on Previously on …

Baroque meets the present time. The modern soap opera draws from Baroque sources. Due to longstanding experience with TV-series the viewer will guess and make up stories that lie behind the images. Gazes, gestures and symbols inherent in portraits, tableaux vivants and still lives give a hint of an insight to a clan or some part of society. The photographs provoke the viewer to visualize the single episodes and to cross reference among the family members.

Portraits
Unlike baroque portraits I am not interested in the status or the identity of the portrayed person but to confront the viewer with the daring and straight forward gaze of the photographed people. The viewer is forced to ask himself: Who am I looking at? And … who is looking at me?
The word portrait descends from the latin word protahere which can be translated as to pull out something, to bring something forward, to bring sth to light. The black spaces from where the faces appear leave room for the viewer’s interpretation.

Still Lifes
The flower stills follow a baroque tradition to evoke meaning by showing and choosing certain objects. They are very much about the transitoriness of being and the constant human involvement in it - and its resulting changes of fates.

Tableaux Vivants
The family images function like film stills and hint to possible stories and relationships between the portrayed people. Every tableaux vivant is inspired by baroque images (Jan de Bray, Frans Hals, Rembrandt, Caravaggio, Artemisia, etc.) In all images the gaze of the represented people point outside the frame and inspire stories.

All the lighting in all the photographs is natural daylight coming in through a window. I found reference and inspiration in baroques paintings by Caravaggio, Rembrandt, Artemisia Gentileschi, Jan de Bray and many more.